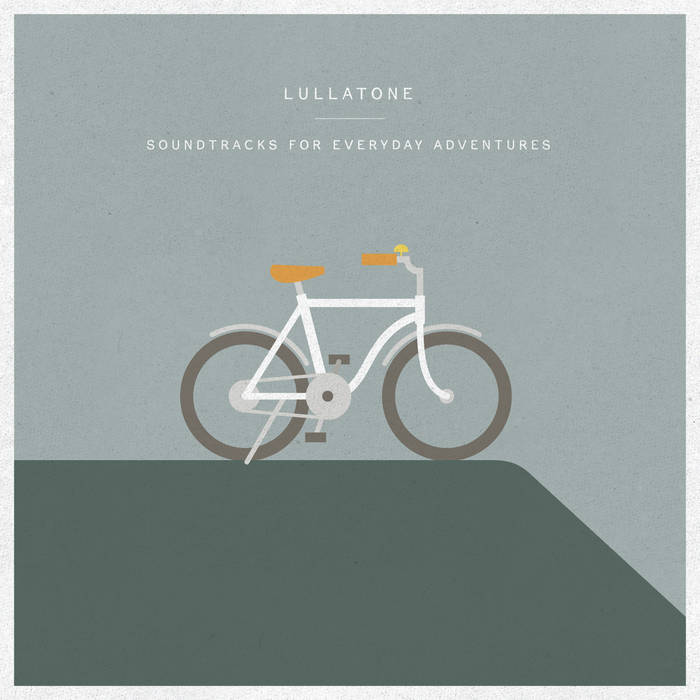 Tim Walker I discovered Lullatone via their BC blog post, though I’ve seen them before in my searches for “ukulele pop”. These really do sound like TV soundtrack pieces; some remind me of the Penguin Cafe Orchestra (eg the “paper plane” one). I’ll be exploring further... :-) Favorite track: finding a leaf in your girlfriend's hair.

Artemisia Absinthium Every single album by Lullatone is a complete jewel. This is, however, my absolute favorite. It makes me feel like even my quiet, boring life is a charming little indie film. Favorite track: checking things off of a to-do list early in the morning.
more...

For this album we tried to make songs that could soundtrack all of the little things in your life feel like they are special parts of a film.Maybe not too dramatic parts, or intense parts, but just everyday magic kind of stuff.


Built on a bed of indie film instrumentation and close mic'd coziness, Lullatone's new album Soundracks for Everyday Adventures is their most expressive and expansive work to date. Hints of chamber pop, instrumental twee and modern classical weave seamlessly between the 15 pieces on the album.

After years of composing music for films and commercials, Lullatone's  Shawn James Seymour has broadened his musical language to include a palette of emotions absent in the group's earlier slumber pop albums. On Soundtracks for Everyday Adventures, Lullatone explore the everyday magic of ordinary life - the reflective feeling of seeing a picture of your grandparents when they were a young couple, the thrill of riding your bike down a big hill, watching raindrops knock on your windowsill, the exhilaration of checking everything off of a to-do list early in the morning or simply going to buy some strawberries. It is a world where the mundane becomes meaningful.. and, at times, even magical.

Like for the early scores of Wes Anderson's films, there is definite a whimsical quality to the album. Flourishes of glockenspiel, intimate plucks of guitalele (a Japanese inventive cross between a guitar and ukulele), hushed strings, horns piano and brushed drums are all used in illustrative and imaginative ways. But, despite the intricate instrumentation, the tracks never feel cluttered or lose their clarity.  These are carefully considered compositions. Airy and gentle, they owe their understated quality to Lullatone's life in Japan, where subtlety and good taste are a key to life. The entire album was recorded in the group's meticulously organized home studio which was recently featured on Lifehacker.com and Apartment Therapy for its design conscious take on simplicity in life design.

Like their studio, this album shows a modern take on minimalism, one filled warmth and intimacy, and proves that sometimes a lack of clutter is all that is need to inspire the imagination.

Mastering by Lawrence English at 158
Artwork & Design by Sean Talley

Recorded at home in Nagoya, Japan

Let's make every day an adventure!

*If you’d like to sync one our songs with a video, please send an email to hello@lullatone.com or visit www.lullatone.com/licensing-composition/

Bandcamp Daily  your guide to the world of Bandcamp